It’s hard to dispute the clear and present scientific evidence that shows how much influence music has on cognitive development. Music makes you smarter. Time and time again we see parents yank music lessons when their kids are not performing well in school, citing their need for more disciplined study time or a revocation of privileges for poor performance.

Consider this for a minute, yanking music lessons in light of poor academic performance is the equivalent of yanking weightlifting for playing football poorly on gameday. One unequivocally supports and reinforces excellence in the other. They go together – it’s not luxury vs. necessity. You need them both. In fact, an argument can be made that if your child performs poorly in school, you should sign up for more music lessons, not fewer.

We’ve said it before, music is like a language.

According to Progress in Brain Research, Vol. 207, there are five skills that underlie language acquisition: phonological awareness, speech-in-noise perception, rhythm perception, auditory working memory, and the ability to learn sound patterns. In their studies, children randomly assigned to music training alongside reading training performed much better than those who received other forms of non-musical stimulation. 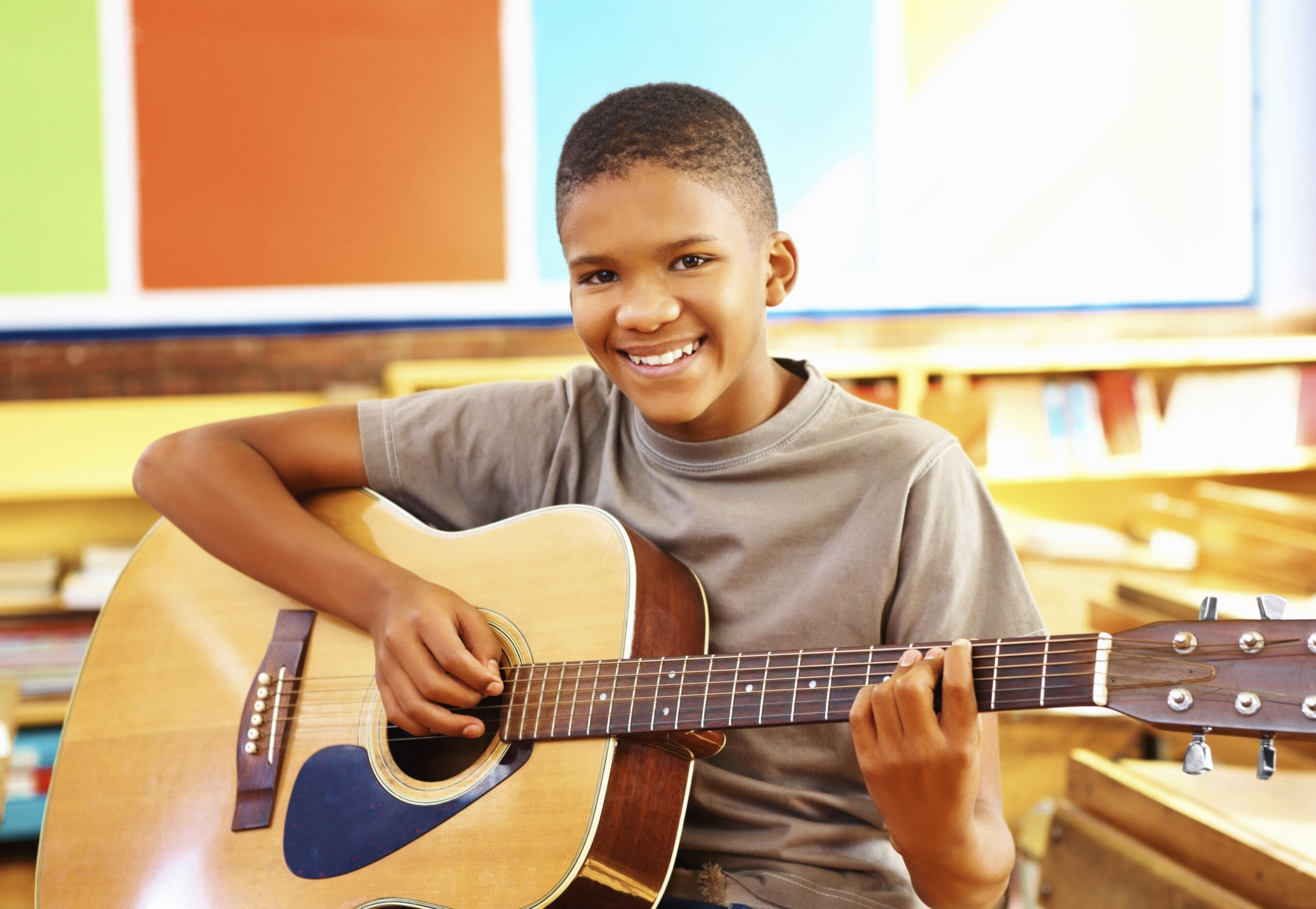 Music is mathematical. Countless studies show the correlation between learning music and improved math scores. It’s a wonder we’re still conducting them. Music by itself is not an operator that means anyone is good at math, per-se. But music enhances the reasoning involved in problem solving. Think of it like exercise for your brain – it will make it stronger and keep it in better shape. Music not only increases language-analytical reasoning which is involved in solving equations and obtaining a quantitative result, but dramatically increases the brain’s ability at spatial-temporal reasoning (aptly termed the Mozart effect). This spatial-temporal reasoning is critical for higher-level mathematics like geometry, mathematical proofs, and calculus.

Musicians tend to have higher IQs than non-musicians. It’s science. Music forces you to use both sides of your brain more frequently. And not just general intelligence, those with backgrounds in music have higher verbal IQs, a more complex vocabulary, and develop stronger linguistics.

Music has proven to delay cognitive decline and has a positive impact on working memory capacity and processing speed. Scientists have confirmed that classical musicians playing for longer than 15 years score higher on long term pictorial memory and recall, specifically musicians trained in reading music.

Music has beautiful effects on our minds, helping us manage anxiety, stave off depression and stay in control emotionally. Those involved in playing and learning music score higher on self esteem and self confidence tests than those not involved in learning music. Watch this video for a clever depiction of how playing an instrument benefits your brain. While STEM is valuable, this article helps underscore why, if we want the best innovators, we must teach the arts.
Do yourself and your children a favor. Sign them up for music lessons. It will make them smarter, better communicators, higher achievers, and more successful. They will have higher self esteem and self confidence, stay youthful, and be emotionally strong. And you’ll set them up for success in the future. And if you begin to see any substandard performance in school, then it’s time to beef it up to lessons twice a week.

PrevPreviousThis Music Education Company Broke The Rules Of Big Business And It Has Everyone Talking.
Next4 Reasons You Might Need A Different Music Teacher For Your Child.Next