Learning Music: Can Music Be Bad?

What is the Purpose of Music?

Music serves many purposes. Most people in the Western world today listen to music simply for enjoyment— for dancing, parties, exercise, driving in the car, and any activity you can think of. Many people also listen to music to work through their emotions, like when they’re dealing with a break-up or the loss of a loved one. Emotional music can provide solace, spur memories, encourage creative or abstract thinking, and much more. Around the world, music is integral in ritual and religion, as well as the social and communal sphere. Although every individual on Earth has a unique experience of music, it is always part of the overarching zeitgeist. Generations, epochs, cultures, and nations can be at least partially defined by their music.

If you have an interest in playing music, the best way to understand its impact and what it can mean for listeners is to take lessons. That’s why Forbes Music works with teachers that not only have the knowledge, but also the passion and they make learning music fun and rewarding for our students.

The Elements of Music

“Music” is a vastly broad term. When we in the West think of “music,” we often think of melodies and harmonies, lyrics, chord progressions, song form, and instruments. But these are not the only components of music, nor are any of them required for something to be considered music. Music, in its broadest definition, is the art of carefully arranged sound.
One of the most beautiful aspects of music is that despite all the rules, there really are no rules. I can make music on the table in front of me by beating it to a rhythm that I find enjoyable. Music can be as simple or sophisticated as the musician desires. Music doesn’t need an instrument if there is a single voice, and it doesn’t need a voice if there is a single object that can produce a desired sound.

At the same time, music can be incredibly complex. The symphony, the opera, and even studio production have so many musical elements it would make a layman’s head spin. The amount of thought and work that goes into a complex production is stunning. Music theory alone can become quite complicated. There are entire periods of music throughout history that are defined by the rules of their theory. The Baroque, Classical, Romantic, and Modern periods all had their own sets of rules about what constituted good music. Those rules were made only to be broken over and over into new forms and new ways of doing things, such as the serialism, atonal music, randomness, and improvisation of the Postmodern period. So how does one know what constitutes good music? If music is any intentional arrangement of sound, can there be bad music?

Can Music Be Bad? 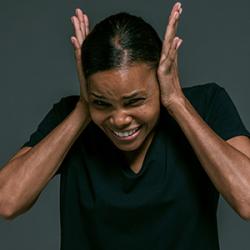 I know what you’re thinking. “Of course, music can be bad! I hear bad music all the time!” In a world inundated with music in every store, car, restaurant, and workplace most individuals hear music they disapprove of every single day. (Hopefully, they also hear music they enjoy!) But is the music objectively bad? How does one decipher what is bad and what is good music? Is there a way to know this at all?

Music is art, which means it’s highly subjective. At the same time, there is an undeniable objectivity to it. Music that is ill-performed, poorly composed, or an artist who is playing out of tune could produce what could objectively be called bad music. Musicians especially tend to have strong opinions about what constitutes “good” music and what does not. But musicians should understand that they are beholden to their training, as well as the era and location in which they live. All of these factor into the largely made-up rules about what constitutes good music in any given place and time.

While there is a science to music, an objective reality underneath it all that has to do with harmonics and vibrations, it’s important to note that even our preference for “mathematically sound” music seems to be cultural. One study found that, when played a series or group of notes that produced either consonance or dissonance, trained musicians and Westerners showed a preference for consonance, while the Tsimane, a native Amazonian society with little exposure to Western music, often preferred dissonance. As a music teacher, I myself have witnessed a widely varying tolerance for dissonance. Some students cannot stand it even for a moment and will vehemently express their distaste, while others are completely unfazed and seemingly unaware.

There really can’t be a universal definition for bad music, nor is there a universal term for it. People will often describe bad music as noise or cacophony, but is it really bad if it’s still carefully arranged sound? Let’s face it, noise is a jackhammer. Cacophony is a traffic jam. Can we really compare “bad music” to something like that? The answer is up in the air, because there is really no music that can be considered universally bad. Even the singer who sings off key by one semitone for an entire song may sound brilliant to the tone deaf, and therein lies our problem when trying to answer this question. “Beauty is in the eye of the beholder,” as they say, and with music, it’s in the ear of the listener.

Is There Such a Thing As Bad Music Taste?

If any music can be considered good music, then what about music taste? Does everyone then have good taste in music? Again, this is a matter of opinion only. At a personal level, of course we all believe that there are others who have bad taste in music. At a universal level, we have to understand that our opinions do not constitute reality. Objectively, people have different tastes in music. Subjectively, those different tastes may be considered good or bad depending on the individual. Subjective reality is not concrete. As much as one would like to say, yes. Absolutely, some people have horrible taste in music. It’s just not possible to consider as a universal truth.

Are Some Genres Bad? 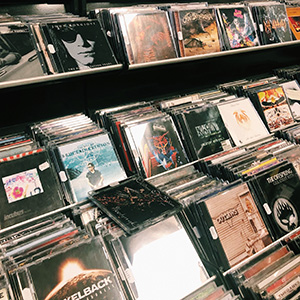 There used to be a stigma around rap and rock music that it was “bad.” Before that, the stigma was with jazz and blues. Before that, it was postmodernism which seemed to seek anarchy in the face of hundreds of years of carefully developed classical music theory. In short, there are no bad genres. The landscape is always evolving. What’s new is often misunderstood. Not everyone will like every genre, but not liking something doesn’t make it bad. You can dislike apples, even when they’re not rotten. Within every genre are entire worlds of music, and there may just be something for everyone in each of them.

How Can I Appreciate More Music?

One way to learn to appreciate a wider range of music is to learn about music. Studying an instrument, singing, or music composition can lead to a fuller understanding of how music works— not just from a technical standpoint, but also from what the musician’s goals may be in the creation and performance of song. Learn about the artists and composers you’re studying. What motivates them? What is their experience? Why do they create what they create? The answers may surprise you. Sometimes music isn’t supposed to be “pretty” or “comfortable.” Why would that be? Is there a deeper message underneath music you previously thought was bad? Or a simpler one? As you learn about different genres, styles, time periods, and cultures, you will find your appreciation is likely to broaden. Perhaps even your personal definition of “good music” will change. Of course you will never get away from your own personal biases, and you shouldn’t have to. But keeping an open mind when it comes to those preferences can only help broaden your appreciation of the expansive world
of music.